Established on 25 March 1950, the Adelaide Vytis Sports Club has a rich tradition within the South Australian Lithuanian community and indeed the wider basketball landscape in the state.

After a COVID interrupted 2020, Vytis is set to celebrate its 70th anniversary this year, commemorating a remarkable history that began with a group of Lithuanian basketball players that originally played together in Germany during the 1940’s.

Current President of Vytis, Geoff Vaitkus first put on a club uniform in 1991 as a six-year-old, joining the ranks through strong family ties.

“My parents, or my mother especially was a former Vytis committee member and player,” Vaitkus recalls. “It was her involvement through the committee that drove me to want to be involved along with a lot of other friends and family.

“We used to play Saturday mornings in the church basketball association and eventually branched out to social competitions as well. It was a combination of playing for Vytis as well as playing for Forestville in the district competition.”

A powerhouse in the international world of basketball, the passion for the game extends across the world within Lithuanian communities, with Adelaide no exception.

“Basketball is quietly known as Lithuania’s second religion,” Vaitkus says with a laugh.

“The strong population in South Australia (SA) was always very supportive and as we know with any team there is always a strong support network.”

On the court, Vaitkus points to the national tournament that brings together Lithuanian clubs from around the country as a vital piece in keeping the club together.

“That competition is the drawcard, we’ve played in social competitions, we’ve played in a church basketball league and SA leagues. The players that are determined to be the most outstanding through the year and have represented the club come together to play teams in Melbourne, Sydney, Geelong in the past as well.

“It’s formed quite a tradition. I played in my first, in Adelaide in 1991 and I think I’ve played in all bar three since that time. It really creates a culture of friendship between a lot of the people.”

The emphasis on friendship continually shines through when discussing Vytis, with the club holding a strong junior program to encourage the future generations to get involved in a team environment.

“It’s really more encouragement to get the kids active, get the kids involved with team sport,” Vaitkus says. “Regardless of the result it was always the fun factor, I couldn’t tell you any of the results from a young age which is probably a good sign you are just enjoying the sport and companionship of a team game.”

Working with the Adelaide Lithuanian school, kids can learn about Lithuanian culture, language and traditions, while coming together to enjoy the game of basketball.

“We basically have provided the avenue for the juniors to start playing and then keep the option there and draw people from the Lithuanian community to get involved, learn a bit about the culture and also the proud heritage from the sporting side of things as well.” 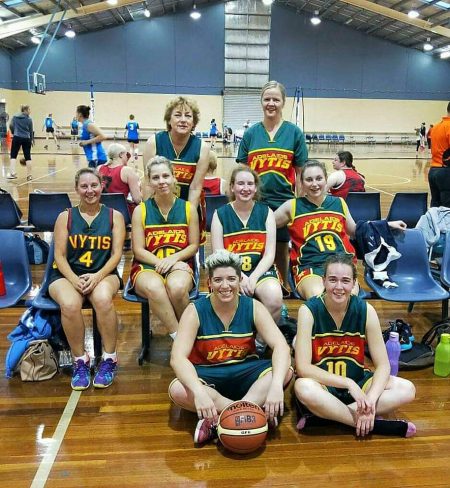 Of course, running a local club the size of Vytis is not cost free, which is where the history of a family environment shines through.

“We fundraise through the year at Lithuanian house here in Adelaide and also Lithuanian Catholic Centre. That involves holding lunches and getting some of the players down, relatives, supporters and providing a lunch service for them cooked by us. Proceeds then go back into the club to help with uniforms and fees that occur through the year.

“That’s been the blueprint that we’ve run with for many, many years and it it’s not broke don’t fix it.”

As for the 70th anniversary celebrations?

“We are hopefully planning a past players day. As we all get older, we move in different directions but when you get us all back in the same room it’s like nothing has changed.”